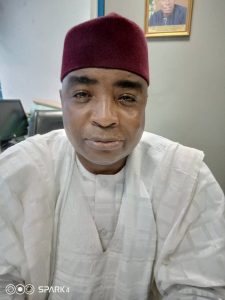 Suleiman who was born 15TH April, 1962 hails from Ringim Local Government of Jigawa State. His search for the Golden Fleece took him through the following

1983-1986: Ahmadu Bello University, Zaria; B.Sc. (Hons) (International Relations)
1982-1983: School of Preliminary Studies (IJMB)
1977-1981: SPS – School of Remedial Studies West African School Certificate/GCE
1970 -1976: K/Nasarawa Primary School First School Leaving Certificate
He joined the Federal Civil Service in 1997 as Principal. Administrative. Officer and rose to become a Director in 2019. In the course of his service to Fatherland, he has worked in:

In The Course Of His Career, He Attended These Professional Courses:

He is happily married with children