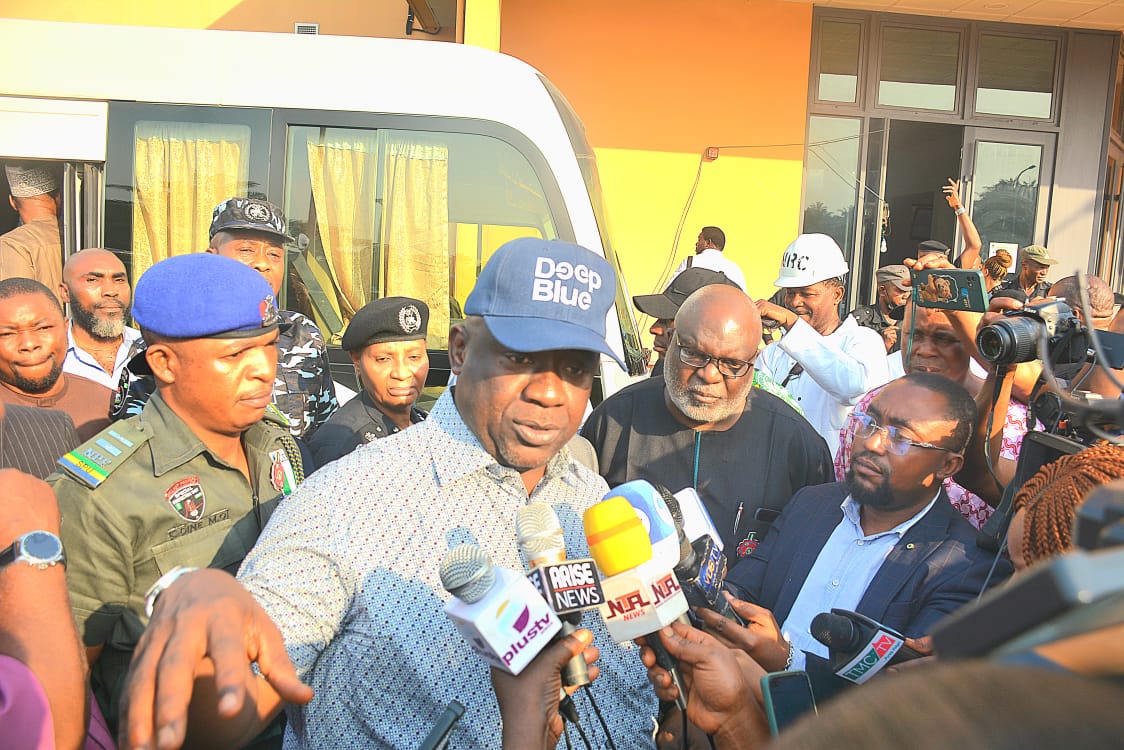 FG TO COLLABORATE WITH HOST COMMUNITIES ON SECURITY

The Federal Government is to establish the Nigerian Railways and host communities security committees as part of measures to curb the incidence of armed attacks on railway infrastructure and passengers in the country.

The Minister of State for Transportation, Prince Ademola Adegoroye, made this known when he visited the Tom Ikimi train station in Igueben Local Government Area of Edo State which was attacked by yet-to-be identified gun men on Saturday.

While sympathising with the victims of the unfortunate atttack, the Minister noted that ”the intention of the perpetrators of this heinous crime is to sabotage the good great efforts of President Mohammed Buhari’s towards the resuscitation of the rail transport service” . , Henceforth government will take proactive measures to forestall train station attacks in the country and ensure safety of passengers and facilities.

He said one of such steps would be the establishment of a collaborative initiative between the Nigerian Railway Corporation and the host communities to ensure that security is beefed up at the railway stations.

Prince Adegoroye alleged fears that the rail trasport system will be shut down. According to him, the “Federal Government remains undeterred. The Nigerian Railway Corporation remains undeterred and that is why we will continue to operate this rail service. We are not going to stop. All we need to do is to ensure the safety and security of our people and our passengers”.

He assured that security operatives were on the trail of these assailants,adding that the government will do everything possible to bring the perpetrators of the heinous act to justice.

Also speaking, the Managing Director, Nigeria Railway Corporation, Engr Fidet Okhiria said train services on the Warri-Itakpe corridor has not been halted, noting however that the train would not be making a stop at the Tom Ikimi Train Station for the mean time.