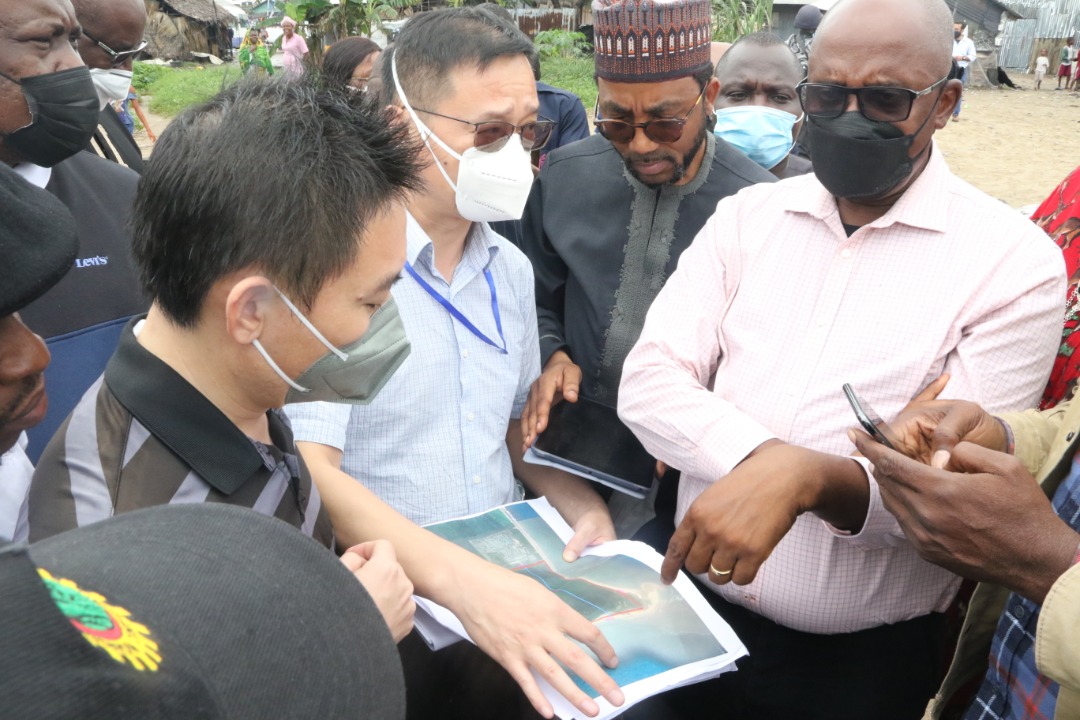 6 September 2021 - In News & Events By Mary Akindele Comment off

The Minister of Transportation, Rt. Hon Chibuike Rotimi Amaechi has inspected the proposed site for construction of the Bonny Deep Seaport.

The Minister visited the area recently in the company of the Permanent Secretary, Dr Magdalene Ajani, the Acting MD, Nigeria Ports Authority (NPA), Mohammed Koko and experts from the Ministry of Transportation, the NPA and the contractors, CCECC.

During the inspection, the Minister noted that in choosing the site, considerations must be made towards cost reduction and ease in paying compensations.

He said while the South East part of the Island was also viable, the most feasible may be the area to the West in Finima, as it would require less dredging.

“The experts have said it will take only 500 meters of dredging at this point to get to 17 meters draught which is our target for the depth of the seaport. The moment you reclaim 500 meters into the ocean, you get to 17 meters draught. You don’t need further dredging. While on the other end, you need 1.16kms dredging to get to the water. It will be more expensive to dredge 1.16km than to build rail line to this place. We can do the cost analysis and come to a decision.

Amaechi also said selection of the area, when finally decided upon would ensure that NNPC pipes would not be tampered with or moved for the rail lines extending to the Seaport to be laid.

“It would also be easier to pay compensations here and take the rail through this area instead of running it through the other end where there are pipes. And compensation would be paid on properties, not on land. If the land is not enough, the Federal Government would acquire more for the expansion,” Amaechi said.

Speaking to newsmen, the MD, NPA, Mohammed Koko said, “what we did today was to reconfirm the right location for the port, although final studies will be made and conclusions reached. The other location had pipes, so we believe that this one will be perfect. It has a natural draft of about 17metres.

“The Port which will have a capacity of about 500,000 TEUs on completion is a necessary infrastructure for Nigeria. Nigeria has over 823 kilometers of coastline and we have always been saying that the idea of building deep seaports will bring more economic value to the country, and Nigeria will eventually become a maritime hub in Africa or the West African sub-region,” he said.

Koko also stated that construction will kick off within the year and run concurrently with the construction of the Port Harcourt-Maiduguri rail line which also extends to the Bonny Deep Seaport.