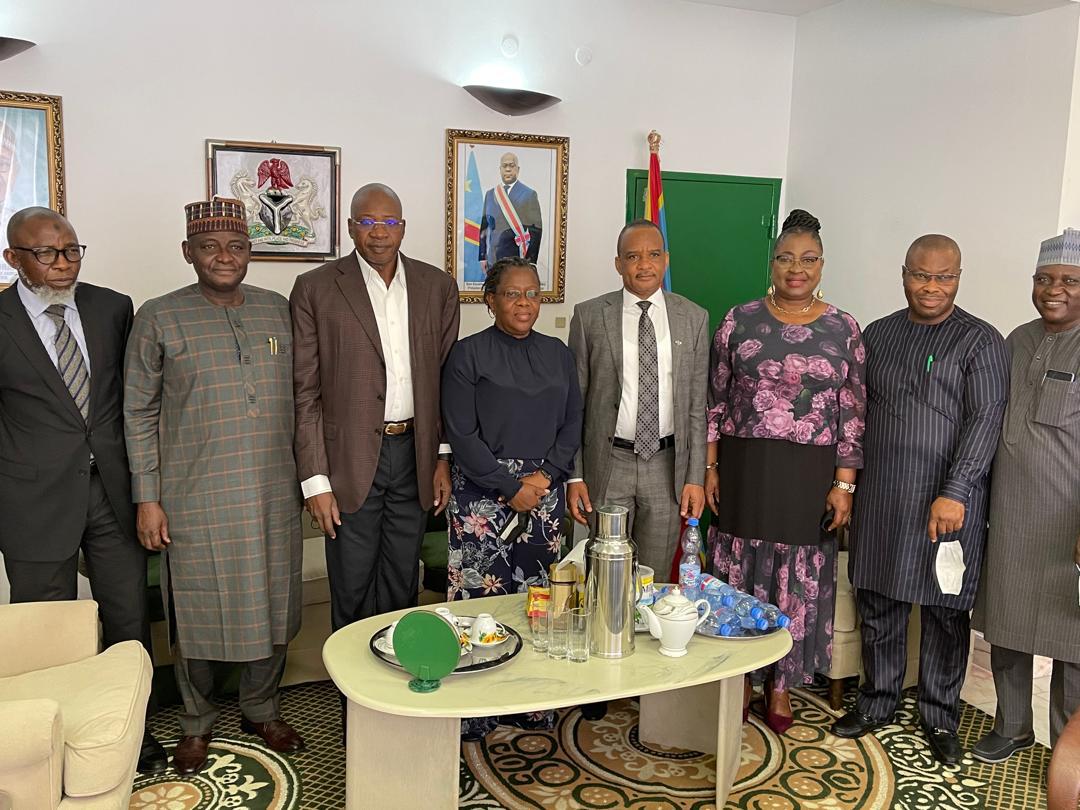 By this, the Nigerian candidate and Director, Maritime Services, Federal Ministry of Transportation, Dr. Paul Adaliku was the only eligible candidate and should have been declared unopposed.

Speaking at the occasion, the Nigeria Team lead of the committee of expert, Barr. (Mrs.) Mfon Usoro thanked the Nigerian Ambassador to the Republic of Congo, HE. Amb. Omar Suleiman for “being you – always 100% committed to serving Nigeria and your fellow citizens. Your experience in the maritime sector and familiarity with the terrain of diplomacy was self-evident”.

Also speaking,  she poured encomiums on the Minister of State and the Permanent Secretary, Federal Ministry of Transportation, Dr. Magdalene Ajani, saying “May I be permitted to express my feminist sentiments please. The HMS is a fantastic Amazon warrior, was backed by a very smart general in the person of the female Permanent Secretary. The synergy and coordination between the two great female personalities is most admirable. It is motivating and facilitates work”.

For Dr. Adaliku, the she encouraged him saying: “we appreciate your disposition throughout the mission. Be comforted that Nigeria found you a worthy candidate and harnessed the instrumentality of State to fight for you and that you were not defeated” in his remarks, the Director General, Nigerian Maritime Administration and Safety Agency, Bashir Jamoh, expressed disappointment over the election but expressed sincere belief that under the leadership of the Honourable Minister of Transportation, Rt. Honourable Chibuike Rotimi Amaechi, Minister of State, Sen. Gbemisola Ruqayyah Saraki, “we can and will proceed with a greater resolve as we re-calibrate to focus on what was, all along, our main target – Category C elections of the IMO Council.

Of note is the fact that in the 45 years existence of the organization, for the first time, the position of the Secretary General remained vacant.