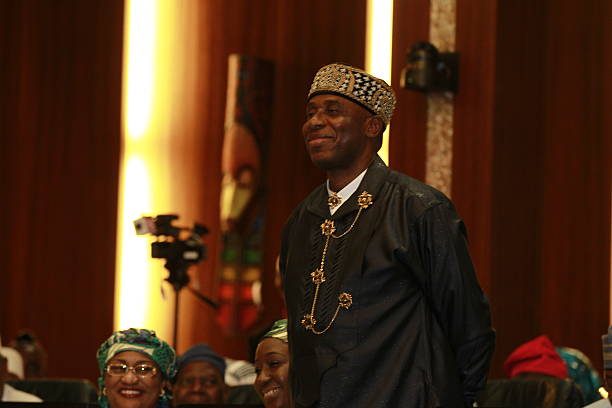 NATIONAL INTEREST AT THE FORE OF RAIL PROJECTS – AMAECHI

The Honourable Minister of Transportation, Rt. Hon. Chibuike Rotimi Amaechi, has stated that the motivation for the rail projects is borne out of national interest as against other perceived insinuations.

The Honourable Minister who made this clarification earlier today during an inspection tour of the  Kano-Kaduna Modernization project said that it is obvious to all that the completed rail projects have brought succour to travellers along Abuja–Kaduna, Lagos–Ibadan and Warri–Itakpe aside other derivatives.

“I feel happy going down at Ebute Metta or Kubwa train stations and I see people saying that if not for this railway we wouldn’t have been here,” adding that plans have been concluded to connect all regions of the country by rail.

Speaking on the challenges as regards funding for the project, the Minister said it public knowledge that the Kano-Kaduna project is being funded from the nation’s budget as financial challenges, a resulting outcome from the economic downturn has also affected the Chinese as they are no longer eager to fund projects as they used to.

On time frame for completion of project , Amaechi assured that  “before May, 2023 we will have commercial activity on the track”.

“In terms of quality, they are not doing badly. I don’t know if I should attribute that to the inspection by Technics Engineering Architecture Management (TEAM) , but you must also credit China Civil Engineering Construction Company (CCECC). That is why we insist that TEAM must be present at every meeting. TEAM has the final say not the Minister”.

Speaking on the economic viability of the project, Amaechi, said: “The reason we are constructing this is to move both passengers and cargo but essentially cargo. Why this track is the most economically viable track is because of Kano and Lagos; activities that take place in Kano can be conveyed to Lagos vis-a-vis those who import or produce in Lagos. It will create jobs, the cost of land here won’t be the same. So the economic value here is much more than it will be before the construction”.

Amaechi also visited the ongoing University of Transportation, Daura, where he took an assessment tour of works carried out thus far. He, however expressed dismay, saying the institution according to projections was expected to have started running courses on transport but work is still ongoing, charging them to redouble their effort.

On the Minister’s team were: the Minister of State for Labour and Employment, Festus Keyamo, the Permanent Secretary, Federal Ministry of Transportation, Dr. Magdalene Ajani, the Chairman, Governing Board of Nigerian Railway Corporation (NRC) Engr. Ibrahim Alhassan Musa, the Directors of the Ministry, Heads of Agencies of Transportation among others.