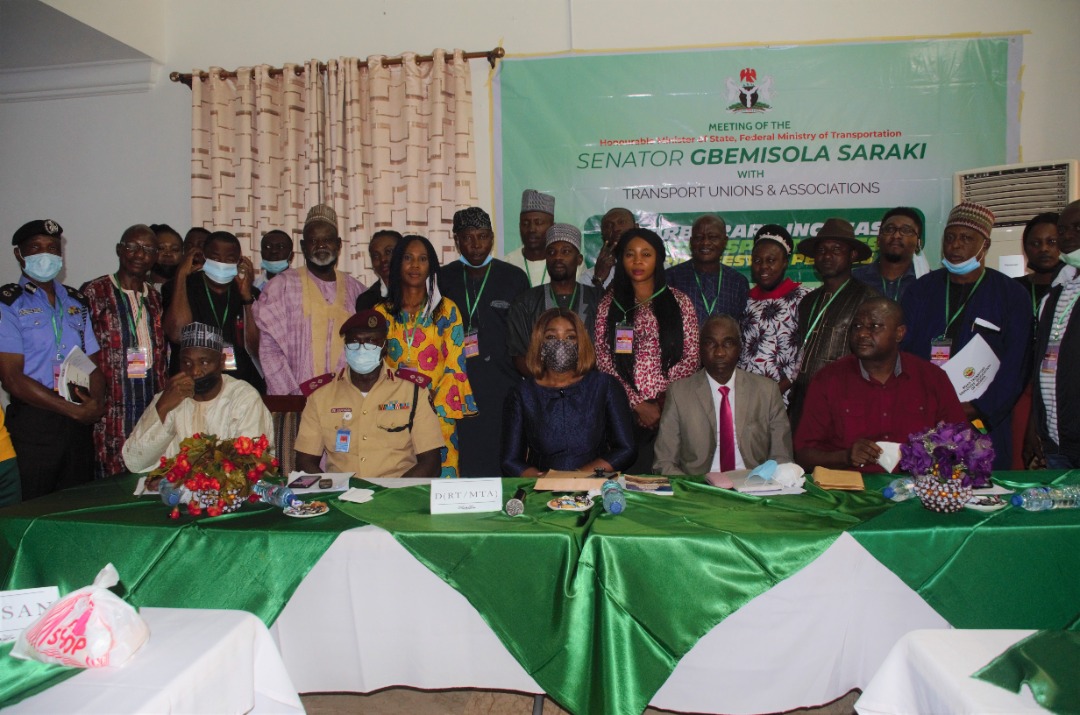 NASS CONCERNED OVER ARBITRARY INCREASE OF FARES DURING FESTIVITIES

The National Assembly has directed the Federal Ministry of Transportation to strategize ways that will check arbitrary hike on transportation fares, especially by road during festive periods.

Minister of State for Transportation, Sen. Gbemisola Ruqayyah Saraki, who made this known during a meeting with stakeholders in the road transport in Abuja, said the meeting was at the instance of the House of Representatives, following deliberations on the arbitrary increase in transport fares during festive period, particularly for land transport.

The Minister represented by the Director, Road Transport and Mass Transit Administration, Federal Ministry of Transportation, Udu-Ejembi Mary, said that amongst other outcomes, the meeting is expected to take an in-depth look at the reasons for the fare hikes which cause the citizens pains and affect the economy adversely..

According to Udu-Ejembi, the Honourable Members were concerned that well-meaning Nigerians were already viewing the situation as gross exhibition of greed and monumental corruption on the part of transporters who capitalize on high commuter traffic to exploit the people.

In his remarks, the National President, Driving School Association of Nigeria (DSAN), Jide Owatunmise, disclosed that “recovery factor” is one of the elements responsible for the hike in fares during festive periods as road operators see festive periods as an opportunity to recover lost grounds during off-festive seasons.

On his part,, the Deputy National Secretary General, Road Transport Employers’ Association of Nigeria, Comrade Henry Ejiofor Ugwu, said double taxation from bodies and establishments like the State Government, Local Government Authority, and even vigilantes are among causative forces driving up prices during festive period.

At the end of the deliberation, the Stakeholders called on the Federal Government to prioritize road construction and maintenance to reduce the damage to vehicles.

Furthermore, they also advised that the activities of unions be monitored and regulated to reduce the hardship on passengers.

Of interest too is their suggestion that road Transport Unions should be compelled to organize periodic trainings for drivers to curb incessant road mishaps.